iShareSoftware Video Converter is what we recommend you to convert MP4 videos to F4V as its super fast converting speed and output conversion quality. With this MP4 to F4V converter, you can customize video size and edit videos by trimming, rotating, cropping, adding watermarks, applying effects, and more other features.

Step 1 Load MP4 files to the MP4 to F4V converter.

Download, install, and launch iShareSoftware Video Converter on your PC. You'll have two ways to add MP4 files into the program. One is dragging and dropping the files directly, and the other is clicking the Add Files button in the main interface to select MP4 files.

Note: This app offers the function of batch conversion, so you are allowed to convert several files in MP4 files to F4V files at one go.

Hit on the Convert button and leave the MP4 video to F4V video converter finish the rest automatically. You can find the converted F4V files from the Finished tab.

Part 2. Two other ways to convert MP4 to F4V

This is an all-in-one HD video converter, which can compress video resolutions from 1080p to 720p. It is designed to convert any videos to any formats, like MKV to MP4, MOV to WMV, and it even can extract audio from a video like MP4 to MP3. Except for a video converter, it is also a video editor supporting trimming, cropping, merging videos, and adding subtitles. You can also use it to download online videos from YouTube or other streaming sites. 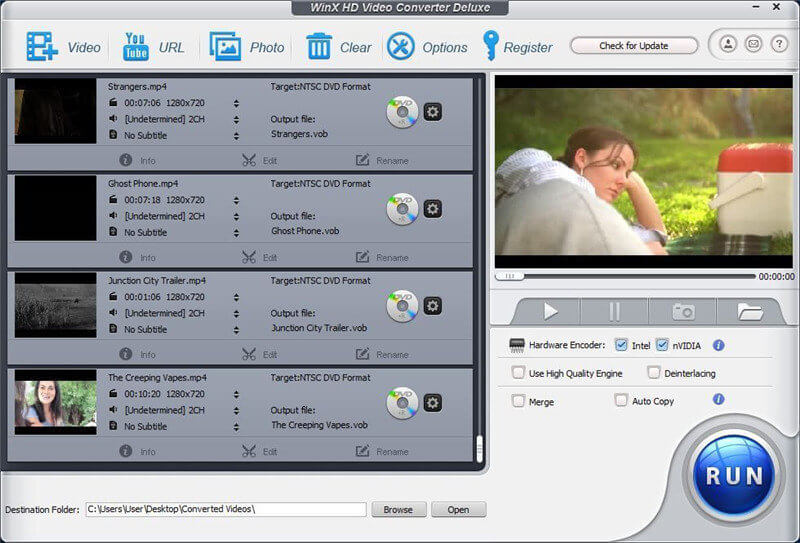